Me too, Sleepy Kitty Cat. Me too. a.k.a. Gratuitous Picture of Myself After About 8 hours of Dramathoning “Dal Ja’s Spring”.

“Dal Ja’s Spring 달자의 봄” is a Korean drama released in 2007. Mother Monster Mabs recommended it to me a while back, but I only took it up last weekend when I didn’t have any other new episodes to watch because my internet connection was being a snail again.

Synopsis (Dramawiki): ‘Dalja’s Spring’ is the story of Dalja, a 33-year old single at a crossroad of whether to remain single or get married before she gets older. The drama aims to comically and candidly portray the reality and undying pursuit of romance of a thirty something single woman. The drama also highlights the life and work of women in their thirties through Dalja who is a talented managing director at a home shopping channel.

I enjoyed watching this drama very much because the story is a familiar one that I can empathize and sympathize with. Dal Ja’s story and her circumstances and her feelings will not be alien to a certain demographic of women, me included. These days, while many women are striving to build careers, the pressure to marry or even just to be in a relationship is ever present. But if you will watch this, you have to be open to how different the rules and perceptions of Korean society and culture are, though. If you will hold the characters to your own standards, then I don’t think it’ll be easy to enjoy the story.

Writer Kang Eun-kyung can be very blunt when she is trying to hammer in some of the character points, such as Dal Ja’s dilemma about her age and her relationship status. I know that’s the entire crux of the drama, but it felt like she got whinier and whinier about it. And we had 22 episodes to get through! 22 episodes, which felt like it should really have been 20 or even 18. I wouldn’t be surprised if this got an extension back then.

I am not sure if it’s because of hindsight and because I’ve watched too many dramas for my own good, but the plot was predictable. Again, not surprising. considering this is from the same writer who gave us “Baker King: Kim Tak Gu”. In the 3 dramas she wrote that I’ve watched, I was only ever surprised–story-wise–by what she did in the last few episodes of “Gu Family Book (a.k.a. Kang Chi: The Beginning, a.k.a. The Love Story of Kang Chi)”, and not in a good way.

But the thing about predictability and overall ridiculousness that Writer Kang does well, though, is when she decides to go in that direction, she goes all the way. At least we get a consistent story in terms of the tone and what we can expect from the characters.

Speaking of tone, I like that even though Dal Ja experiences a lot of drama in her life, the show doesn’t devolve into crying fits and mopiness and gloom and doom. I like that we get narrations which provide insight into Dal Ja’s thoughts, although it’s not that hard to read her. And I also love the humor and the meta and the camp and the overall artsy aesthetic of the show. 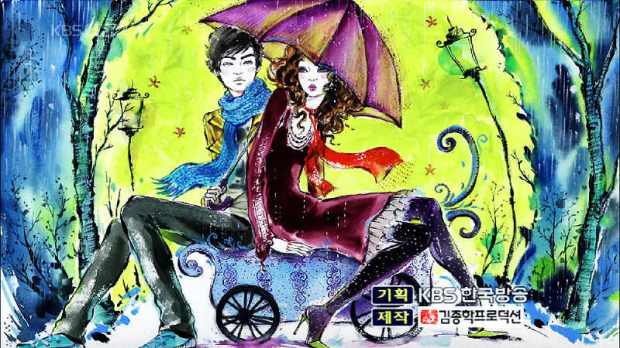 There were a lot of super cute and hilarious and warm moments in the show, and there are characters you do get attached to, like the Ice Queen Wee Seon-joo, Dal Ja’s loveable Grandma, and the Cross-Between-Snape-and-Ms.-Trunchbull Team Manager Kang. The ending is tied up neatly, which is okay, but every single character was redeemed, which was…well, just a little too perfect. (Yeah, yeah, the fickle mind of a Drama Fan: damn you if it’s a messy ending, and damn you if it’s too neat.)

Chae Rim was great as Dal Ja, and the other actors were okay, too. I can’t decide whether I like Lee Min-ki’s performance here, though. His character is certainly charming, and he himself has quite an appeal, but he won’t win acting awards in my book for this; I liked him better in “Chilling Romance”. I did root for his character the entire time, though.