So I finished “Words of Radiance” by Brandon Sanderson around a week or so back (1,100 friggin’ pages; approx 24,000 e-book locations), and now I’m re-reading “The Way of Kings” because, predictably, I missed SO MANY THINGS from that first book. And now I am unable to move to any other book–not that very tempting “Black Ice” ARC, not even our book club book, “The Last Chinese Chef”–and I’m pretty sure I’ll re-read “Words of Radiance” after this. I feel like Branderson dropped me into one of the chasms in the Shattered Plains (Stormlight-assisted, of course) and did not leave a ladder so I can climb back out. Help! (or not.) 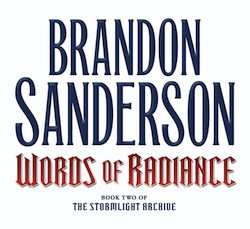 Friends and colleagues may have memories of me lugging around a HUGE book sometime in 2011. Readers of this blog might remember that I even talked about metaphorical relationships.

It seems like I have to get ready for yet another “relationship” with a Sanderson novel in January 2014 because he just tweeted the other day that he has turned in the first draft of the sequel to “The Way of Kings“.

I just sent in the completed first draft of Words of Radiance (Stormlight 2, Sequel to The Way of Kings) to my editor at Tor.

I’m pretty sure we’re going to have another long, drawn-out date because he was tossing around stats like an 11,000-word epilogue, and an unedited, unfinished, 1,650-page draft.

So, anyway. Tor.com just posted an excerpt from “Words of Radiance”, the sequel to “The Way of Kings”. This is from an Interlude, which I talked about in my review of “Kings” before as one of those very short scenes that don’t necessarily fit in the main story, but are definite pieces of a larger puzzle.

This Interlude concerns Taravangian, King of Karbranth. He was in “Kings”, too, although my memories of him are not very pleasant.

This part, perhaps, is the most intriguing from that excerpt:

Life could be tricky for a man who awoke each morning with a different level of intelligence. Particularly when the entire world might depend upon his genius, or might come crashing down upon his idiocy.

Apparently, King T has trusted assistants who test him each morning to see what level of intelligence he woke up with, and they determine what kind of kingly duties he is fit to take on.

This brings up soooo many questions, like: What’s the royal protocol when he wakes up on a Stupid Day? Who gets to be King on Stupid Day, or does the court just…shut down? Just how stupid does he get on a Stupid Day? They only test him using Math problems, which is probably a very good indicator, but I’m not sure if that really captures his entire mental capacity for the day. And what is the Diagram?

Gah! So many questions for just that tiny Interlude. I can imagine how the whole book is gonna mess with my brain.

Hopefully, I don’t end up all Crabbe and Goyle-ish.

When I started collecting Brandon Sanderson’s books, the very first one I bought was the UK mass market edition of Mistborn: The Final Empire. Although the US covers look and feel more like classic fantasy, the UK covers have a certain minimalist appeal. I tend to be OC about editions, so I hounded the stores until I got the entire Mistborn trilogy in matching editions. 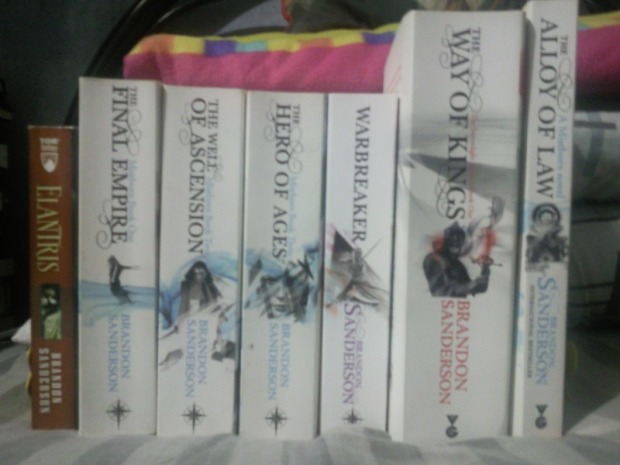 I made sure to get the UK editions for his subsequent epic fantasies, although I gave up on getting them all in mass market format because Gollancz’s mass market The Way of Kings was split into 2 volumes. And when The Alloy of Law came out, the local store stocked only the regular paperback. 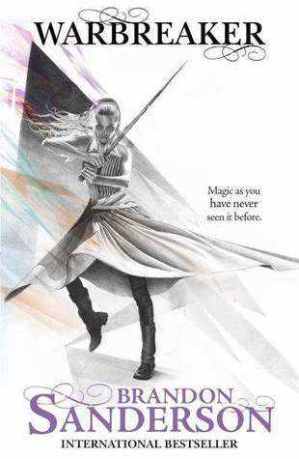 The UK edition of Warbreaker very recently appeared in another local store, so I got a copy even though I already read the e-book, so that I can complete my collection. I also want to read Warbreaker again to stick tabs on the pages with my favorite passages, and to just generally enjoy all of Lightsong’s witty dialogue. And I couldn’t resist the lilac-colored font. 😛

(O.C. comment: Warbreaker’s title doesn’t have curliques on the spine. It bothers me.) 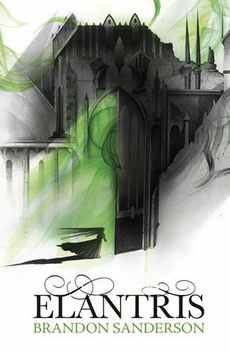 As you can see, my copy of Elantris is still a mass market US; it looks so out-of-place in that group. Keep an eye out for the UK edition in stores for me, will you, Pinoy friends? 😀

So why do I like collecting the UK editions aside from the endless amusement I get when I imagine hearing the narrator speak in a British accent inside my head? If you don’t have the moolah to get a hardbound copy, then the UK mass markets are a good value for your money. They normally cost just as much as the US mass market, but the UK MMPs, particularly the Gollancz ones, have better paper and print quality. The British eds are also a little bigger (Elantris and Mistborn in the photo above are both classified as MMPs), so the font size is more comfortable for the eyes.

As for Sanderson’s other books, I’m still missing volumes 3 and 4 of his Alcatraz series for young adults. I got the 1st volume at the Scholastic Warehouse Sale, and the 2nd just randomly appeared in another store. I saw volume 3 somewhere else, but it’s a hardbound copy, and I’m hesitant to get it.

Next mission: Procure a copy of the Mistborn Adventure Game.
_______

Shout-outs! — Thanks to Aaron for the heads-up on Warbreaker, and to Leia for calling the store to reserve a copy for me. 😀

Title: The Way of Kings (The Stormlight Archive #1)
Author: Brandon Sanderson
Read Date: 21 October 2011
Goodreads Status Updates: Click here.  Contains spoilers and lots of ROFL-ness.
Rating: 5 out of 5 stars (It was amazing!)
Review in a nutshell: It was epic.
Moral of the Story: I want a Shardblade.
END_OF_DOCUMENT_TOKEN_TO_BE_REPLACED

You know you’re a fangirl when you start talking metaphorical relationships.
END_OF_DOCUMENT_TOKEN_TO_BE_REPLACED